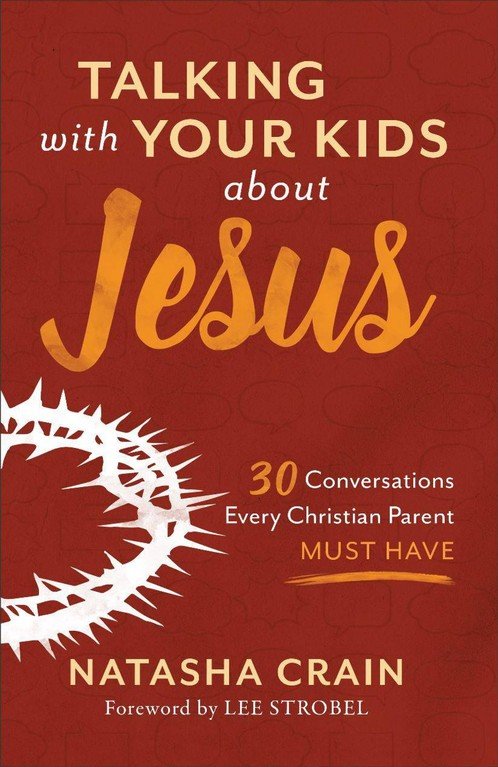 Talking with Your Kids about Jesus: 30 Conversations Every Christian Parent Must Have 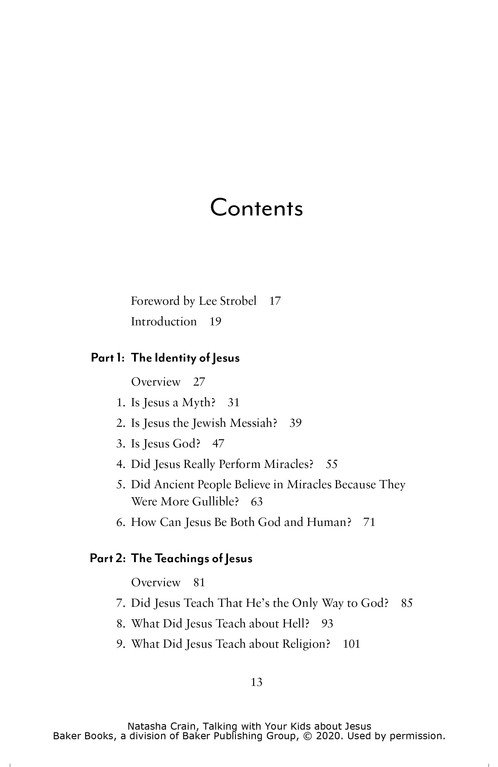 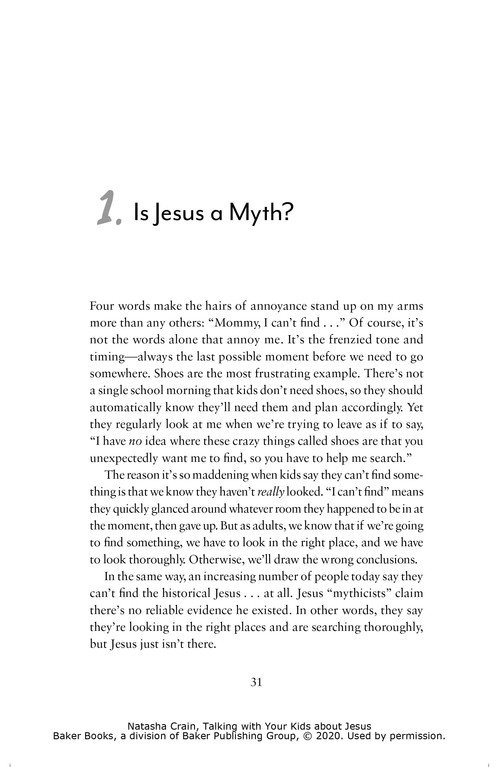 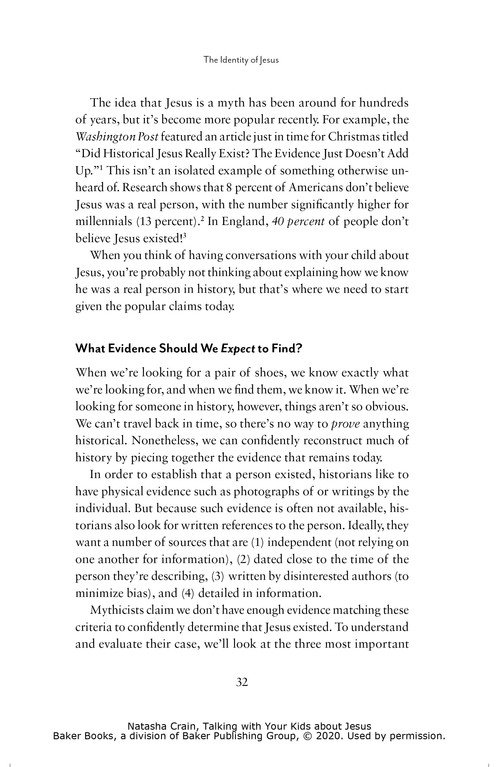 Talking with Your Kids about Jesus: 30 Conversations Every Christian Parent Must Have

You’re aware that today’s world will test your children’s Christian faith—but do you know the specific challenges, how to talk about them, and what that means on a day-to-day basis? Crain’s guide prepares you for essential conversations about Jesus’ identity, teachings, death, and resurrection—and the difference each one makes. Adaptable to any age. Foreword by Lee Strobel.

My name is Natasha and I’ve been married to my wonderful husband, Bryan, for 20 years. We have three kids—a son and daughter who are 11 (twins) and a daughter who is 9. Bryan and I met when we were freshmen in college. We married about a year after we graduated and have lived in southern California ever since.

Before we had kids, I went back to school and got an MBA in marketing and statistics at UCLA. I worked my way up the corporate marketing ladder for several years and was an adjunct university market research professor on the side.

Although I grew up in a Christian home and spent my childhood going to church every Sunday, I can’t say that I took my faith very seriously. As far as I had thought things through, I was “saved” and would be with Jesus someday, but for the moment I had more immediate interests here on Earth…like what I was going to do on a given weekend. And who was going to win American Idol.

When we eventually had kids, I wanted things to be different for them. I didn’t know exactly what that would look like, but I knew faith was meant to be a more integral part of life and I wanted them to experience that. So I took the next logical step.

I started this blog.

What? Well, I figured it would be a great way to connect with other Christian parents who were figuring out how to build a Christ-centered home. Without much thought, I gave it the name Christian Mom Thoughts and started writing in 2011 (I didn't realize at the time that this title would sound to some people like I was writing specifically for moms, but that was never the intent—nearly half of my readers are dads!).

Over a couple of years, my readership grew quickly. I was connecting with a lot of Christian parents as I had hoped, but something very unexpected happened as well: I was attracting a steady stream of blog comments from skeptics and atheists.

For the first time in my unexamined Christian life, I had a front row seat to experience every imaginable challenge to Christianity. I was regularly informed that Jesus never even existed, that I was intellectually inferior for being a Christian, that faith was opposed to reason, that we have no idea what the biblical writers actually said because the text has been tampered with so much, that evolution has put God out of a job, and so on.

I had no idea what to do with any of that.

And it bugged me. A lot.

I’m a very analytical person and I couldn’t believe I had gone on so long being a Christian without probing my faith more deeply. If I couldn’t answer the claims and questions of anonymous internet skeptics, how could I answer my kids’ questions eventually? Surely, they would face the same challenges. It became clear to me that they were growing up in a very different world than I did.

The realization changed my life. I discovered the need for apologetics (understanding what evidence there is for the truth of Christianity). I launched into an intense reading journey, got a certificate in Christian apologetics from Biola University, and shifted my blog writing to focus on helping equip other Christian parents with an understanding of common challenges to Christianity and how to address them with their kids.

If you decide to follow my blog, that's what you'll find here.

Along the way, Harvest House Publishers gave me the exciting opportunity to write an apologetics book specifically for parents. Keeping Your Kids on God’s Side came out in March 2016 and was a 2017 ECPA Christian Book Award Finalist in the New Author category. My second book, Talking with Your Kids about God, was published in October 2017 by Baker Books. My third book, Talking with Your Kids about Jesus, came out in March 2020 (also from Baker). To learn more about what's covered in my books, click here!

Thanks for reading. I pray you’ll find something valuable here for your Christian parenting journey.

God bless you and your family,

There are no reviews yet.

Only logged in customers who have purchased this product may leave a review.

Talking with Your Kids About God: 30 Conversations Every Christian Parent Must Have

R A TORREY ON THE CHRISTIAN LIFE

THROUGH MY EYES PB

NOT AS BAD AS THE TRUTH PB